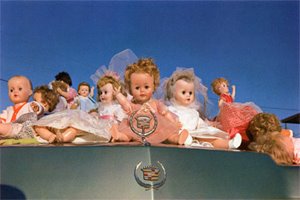 William Eggleston: Democratic Camera
Photographs and Video, 1958-2008
The Whitney Museum of American Art, New York
November 7, 2008-January 25, 2009
Curated by Elisabeth Sussman and Thomas Weski
One of the most influential photographers of the last half-century, William Eggleston has defined the history of color photography. This exhibition will be the artist’s first retrospective in the United States and will include both his color and black-and-white photographs as well as Stranded in Canton, the artist’s video work from the early 1970s. The exhibition will travel throughout the United States as well as to the Haus der Kunst in Munich following its New York presentation. Eggleston was born in Memphis, TN in 1939. (Source: Eggleston Trust)