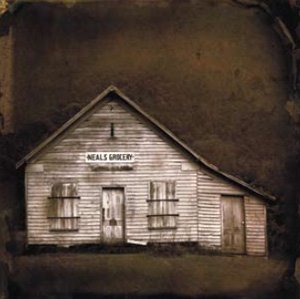 Like so many before her, Diane Sawyer travels to her home state of Kentucky tonight to report on the extreme poverty that continues to exist in the eastern part of the state. The special airs tonight (2/13) on ABC’s 20/20 @ 10PM.

From ABC: “Isolated pockets in Central Appalachia have three times the national poverty rate, an epidemic of prescription drug abuse, the shortest life span in the nation, toothlessness, cancer and chronic depression. It’s been 41 years since Robert Kennedy called on the rest of America to reach out and help the people of Appalachia. For nearly two years, ABC News cameras followed four Appalachian children, each one facing unimaginable obstacles.”

Early previews about this upcoming story on the ABC site drew over 150 responses, many of which were in protest by “educated and non-toothless” eastern Kentuckyians defending their part of the state. This sentiment is also shared by a very cool (thoughtful and exhaustive) blog called Hillbilly Savants whose mission statement reads:

“This blog is about our Appalachia – the real one, not the Hollywood-stereotype nor the third-world nation-esque stereotype being sold by do-gooders, or even the neo-Romantic sylvan stereotype that Rousseau would probably buy into. It should be interesting.” 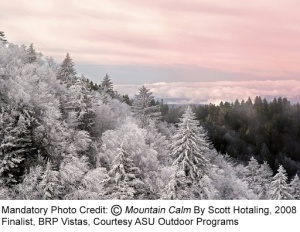 For more views of the Appalachian region (beyond Kentucky) be sure to check out the winners of the 6th Annual Appalachian Mountain Photography Competition (AMPC) on view at the Turchin Center for the Visual Arts in Boone, NC from March 6 – June 6, 2009.

The Appalachian Mountain Photography Competition (AMPC) is a program of Appalachian’s Outdoor Programs in partnership with the Blue Ridge Parkway Foundation and the Turchin Center for the Visual Arts. The AMPC has grown to become a prominent regional competition attracting the work of amateur and professional photographers from up and down the East Coast allowing them the opportunity to celebrate the unique people, places, and pursuits that distinguish the Southern Appalachians.

The AMPC is sponsored by Virtual Blue Ridge, the premier Blue Ridge Parkway resource with generous support from Bistro Roca and Antlers Bar of Blowing Rock, NC and Peabody’s Beer and Wine Merchants of Boone, NC.

AMPC does more than highlight the great talent of the amateur and professional photographers whose images are selected. A large portion of the proceeds subsidize the cost of Appalachian students participating in Outdoor Programs Student Outdoor Learning Expeditions (SOLE). SOLE trips are educational journeys of discovery that take Appalachian students around the world. Previous SOLE trips have taken students to New Zealand, Alaska, Fiji and Wales and award academic credit to participating students.

For more information about the 2009 competition and its partners and sponsors, visit www.op.appstate.edu.