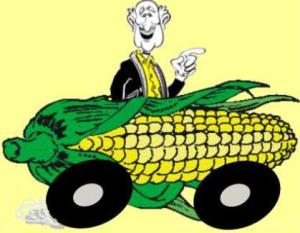 In late 1985, the store manager of the St. George S.C. Piggly Wiggly Supermarket, Bill Hunter, was giving a broker of a large Grits company an order for grits. The broker made a remark that his company sure shipped a lot of grits into St. George, considering how small the town was and its meager population (around 2,000 at the time). A week or two later another broker from another major grits company made a similar remark about the large quantity of grits shipped into this small town. The manager spoke with the two owners of the Piggly Wiggly, John Walters and George Axson. They all agreed that if it proved to be true that we did consume a disproportionately large amount of grits that they would do some research to find out just how much we did eat.

As it turned out, the people of St. George actually ate more grits per capita than any other place in the world! We were the GRITS EATING CHAMPIONS!!! Thus the World Grits Festival was born. John Walters, one the owners of that Piggly Wiggly, was designated as the Chairman of the first festival, which was held in April 1986, and served in that capacity until 1988. Since the very first festival, this weekend long celebration has drawn much attention to this small Southern town, considered to be a bedroom community of Charleston, SC. It has been estimated that the crowds during this three day event sometimes exceed 45,000!

The festival is not, however, all fun and games. From the very start it has been dedicated to communtity improvement. It provides the local folks a festival of wholesome, family fun and our students some needed scholarships while also attracting lots of vistors to enjoy the multitude of events that are designed to appeal to persons of all ages. (source)