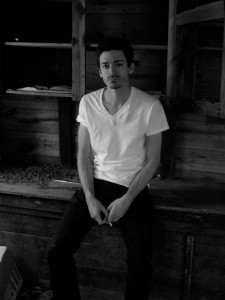 My new record is called When The Devil’s Loose. To me it sounds like a radio washed ashore after a shipwreck. This whole thing started in upstate New York with snow on the ground. I got out of there, drove around the country for a bit and landed in Water Valley, Mississippi, where I kept working. The days grew longer and the snakes began to wake up. I ate catfish and walked around a lot. We got a lot of rain. The weeds grew at an alarming rate and we finished work one night under a red moon. My last record was called American Hearts. I know people that like it. Fat Possum Records put it out and is releasing When The Devils Loose. My brothers and my friends helped me record this new one. I’d like to thank them for that.

This hotel may have been nice once.
– A.A. Bondy When The Devil’s Loose is released on September 1, 2009.

A.A. Bondy performs live tomorrow (12/9) night at Bowery Ballroom with The Duke and the King, and Willy Mason. (source)