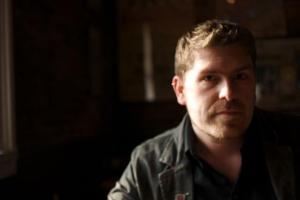 KATRINA BALLADS, recipient of the 2009 Gaudeamus Prize, is a collection of songs by Ted Hearne. Featuring five singers and a band of eleven instrumentalists, it is set entirely to primary-source texts from the week following Hurricane Katrina – including everything from testimonies of survivors and relief workers to the words of Anderson Cooper, Kanye West, and George W. Bush’s infamous “heckuva job.” Like American music and New Orleans itself, Katrina Ballads is an omnivorous and multi-stylistic work. It is rhythmic and dramatic music, with an edgy post-minimalist drive and a deep jazz influence. With new work from renowned filmmaker Bill Morrison, Katrina Ballads calls us to reflect upon our own very recent history.

Katrina Ballads was premiered to rave reviews at the 2007 Piccolo Spoleto Festival in Charleston, South Carolina. It has since been seen at Chicago’s Fine Arts Building, at the New York City Opera’s VOX: Showcasing American Composers series and at the 2009 Gaudeamus Festival in Amsterdam. This performance commemorates the fifth anniversary of Hurricane Katrina, and accompanies the release of the studio album, produced by Lawson White, on New Amsterdam/Naxos Records.

To read an interview about Katrina Ballads: http://www.indigestmag.com/hearne1.htm