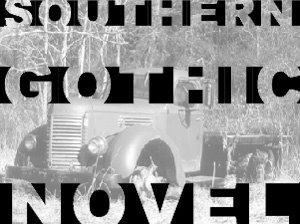 There are 5,218 people living in Aberdeen, Mississippi. This is the story of 17 of them and the men that caused all of the trouble.

The whole thing started when Viola Haygood, the Assistant Librarian at the Charles B. Evans Memorial Library, fell in love for the umpteenth time. This one was new in town.
He was tall.
He was dark.
He was handsome.
And he smelled really good.
It was the dark coincidence of his arrival that caused the locals to comment.
Someone was kidnapping Aberdeen’s young women.
They were eating cheese nachos at Big Otis’s Saloon one night and gone the next. Not so much as a by-your-leave.
The town was getting nervous.
They were locking the stately front doors of their antebellum homes and the aluminum screen doors of their double-wide trailers. For the first time. Ever.
They would have called in the FBI but they didn’t have to, as that particular organization was proud to boast a national office on Aberdeen’s Main Street that runs along the scenic banks of the Tombigbee River.
This was a town in an uproar.
Dirty deeds being done dirt cheap.
Women being snapped up and carted off to who knows where.
FBI running up and down the streets like they knew which way was up.
Reporters descending like locusts.
Lawyers locking and loading.
And actor Frank Blocker plays them all.
Southern Gothic Novel: The Aberdeen Mississippi Sex-Slave Incident runs now through Wednesday, February 25, 2009 at Stage Left Studio Inc. in NYC.